Endless Space: Disharmony is the first expansion pack for Endless Space. It was released on June 26, 2013, and can be purchased for $9.99 USD as a digital download or retail disc. It adds a new faction, the Harmony, Fighter and Bomber units, and numerous other features. Many gameplay mechanics have been changed, most noticeably in Combat_(Disharmony). 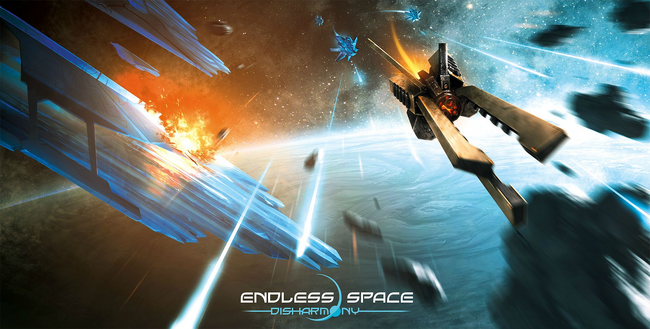 "The Harmony had been moving since the birth of the universe, passing through the galaxies, seeking The Core. Their migration was deliberate, calm, inevitable.

Dust was their downfall. In the galaxy of the Endless they were ensnared; this strange technological creation that affected particles, fields and waves broke the single movement of the Harmony into a cacophony of gravity-enchained individuals. The Harmony sees Dust as a menace or a plague, and has set out to rid the universe of its effects.

For the rest of the galaxy, this cleansing is a minor apocalypse. The Harmony, creatures of mineral, see no difference between "inhabited" and "uninhabited" planets -- they are simply "infected" or "clean." And those that are infected will be dealt with ruthlessly...

The Era of Disharmony is coming!"

Retrieved from "https://endlessspace.fandom.com/wiki/Endless_Space:_Disharmony?oldid=14095"
Community content is available under CC-BY-SA unless otherwise noted.