Edit
watch 01:36
We're Getting Mutants in the MCU - The Loop
Do you like this video?
Play Sound

Each card has a color associated with one of the six types, which the tutorial refers to as action "families". The family name for the type is displayed on top of the card. The six families are:

In the event that your card Blocks your oppnents, (signified by a yellow cross over your card) the Card can do three things depending on which battlecard it is:

The effects that a blocking card take on are defined in parenthesis after the normal effect, looking like this:

This is defined in BattleCardDescriptor.XML, as well as here: http://forums.amplitude-studios.com/showthread.php?9258-Tutorials-for-Modding-ES  (the info is downloadable via PDF, and that's where you will find the BattleCard information)

Some Battle Action cards are free to use, requiring 0 Dust to activate. These are technological actions, unlocked through scientific research.

Other action cards that require Dust to activate are unlocked by Heroes as they gain levels. A Hero must be an admiral in the battling fleet for their actions to be available. The tutorial describes these Hero actions as "quasi magical in nature, due to the uncanny ability of Heroes to create powerful effects by manipulating Dust." The heroes may gain effects that lower the usage cost of all their battlecards.

Cards available to a specific fleet can be viewed at any time via the Fleet Control panel by first selecting a single fleet to reveal its separate ships and Hero, and then clicking on the "Battle Actions" button. When you do not have enough Dust to activate a Hero action, it is grayed out and the cost is displayed in red.

Players may select a card for a phase by clicking on the "?" button labeled "Select an Action" on the left side of the Battle View screen, underneath the picture of the Hero serving as Admiral. Battle actions played by the opponent for each phase are displayed on the right side of the screen.

Even if one side is destroyed early in the battle, the cards for the remaining phases are still played for the winner.

This is not true of Disharmony, whose in-game descriptions are correct. 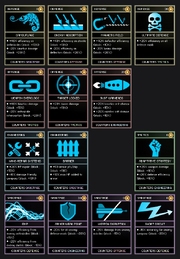 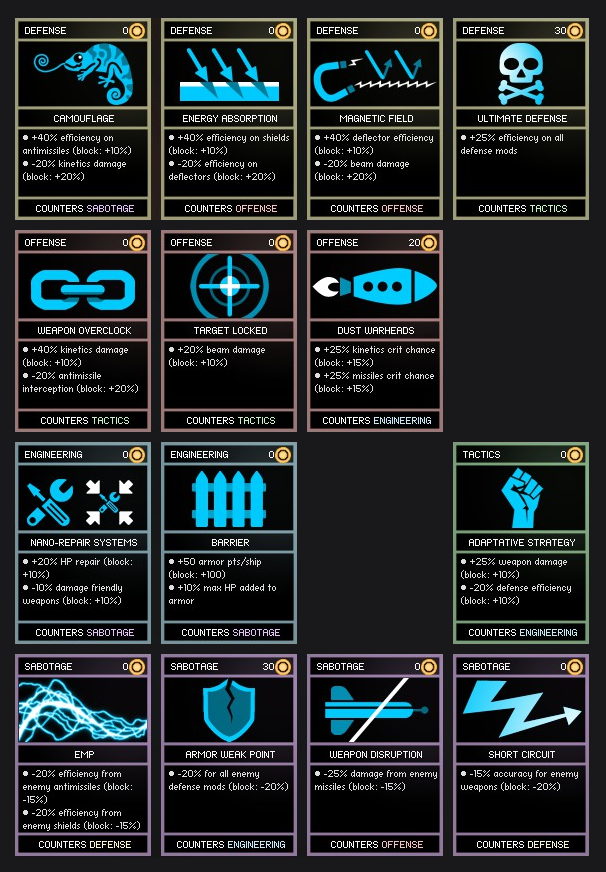